About: Our Team
Our Team
Our Accomplishments
Our Robots
Our Departments
Our Leaders
Our Mentors
Our Project Leads
Outreach
FIRST
Our Website
☰ 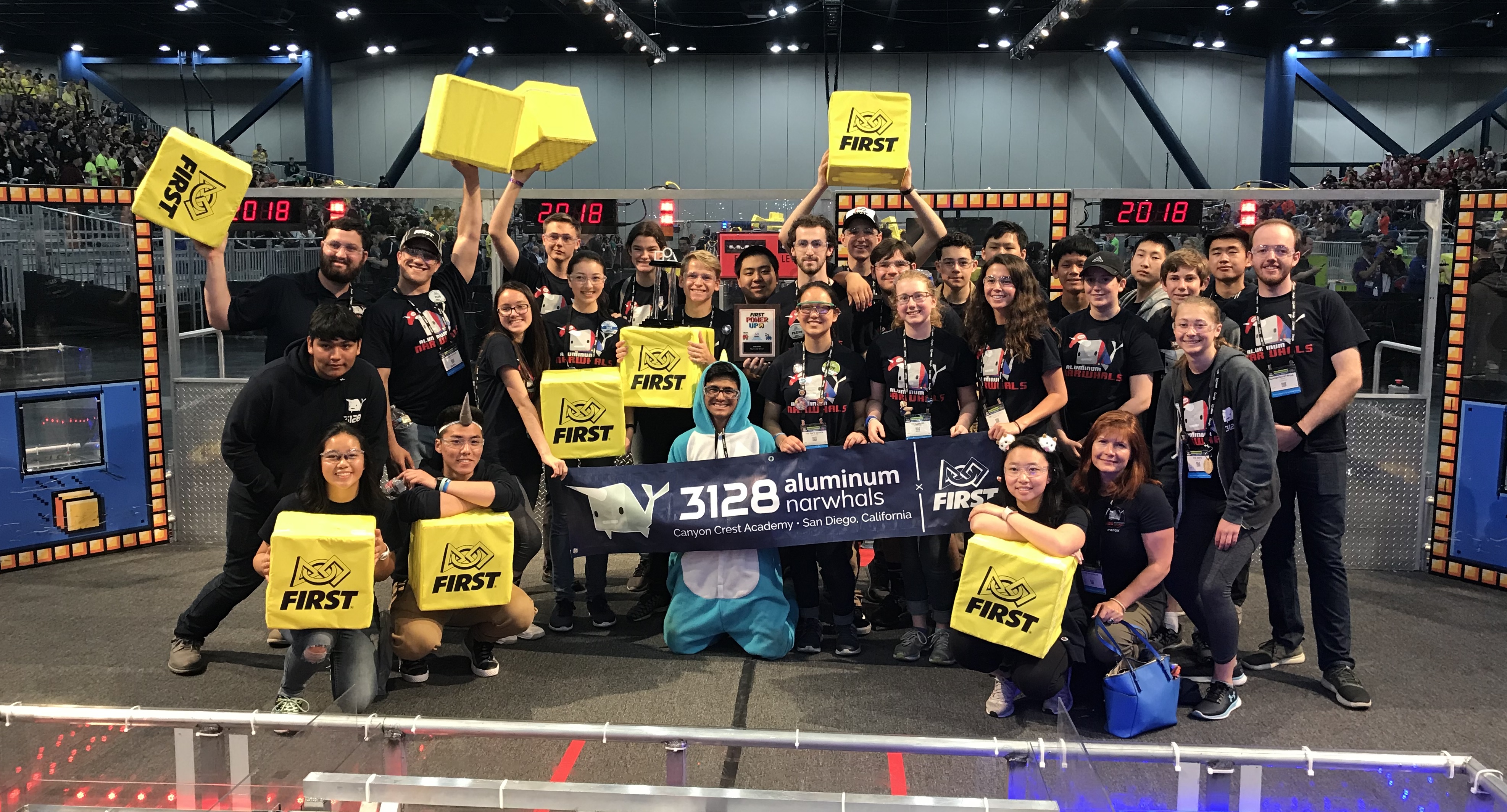 Our team was founded in September of 2009 at Canyon Crest Academy in San Diego, California, at a school where math, science, and technology were valued, but hadn’t found a way to be manifested yet. A handful of students, one engineering mentor, and a computer programming teacher felt those values were important – and thus the Aluminum Narwhals were born.

Our robotics team, along with several others found at our school, participates in the non-profit organization known as FIRST (For Inspiration and Recognition of Science and Technology). We compete in the high school division known as the FIRST Robotics Competition, or FRC. Founded in 1992 by entrepreneur and inventor Dean Kamen, FIRST has quickly grown to be a worldwide, prestigious, and competitive robotics experience for all ages. Hundreds of thousands of students participate in FIRST programs every year, with over ninety thousand students on over three thousand teams in the FIRST Robotics Competition alone. All programs culminate in two championship events held in Houston, Texas and Detroit, Michigan.

During the 2010 competition season, our team entered brand new and won the Rookie All-Star award for our stellar performance despite being a first-year team, landing us a spot in the FRC World Competition.

We grew for the next 9 years, developing our Robotics Summer Camp, a week-long session for students grades 1 through 8 to design, build, and program their very own robots over the summer. 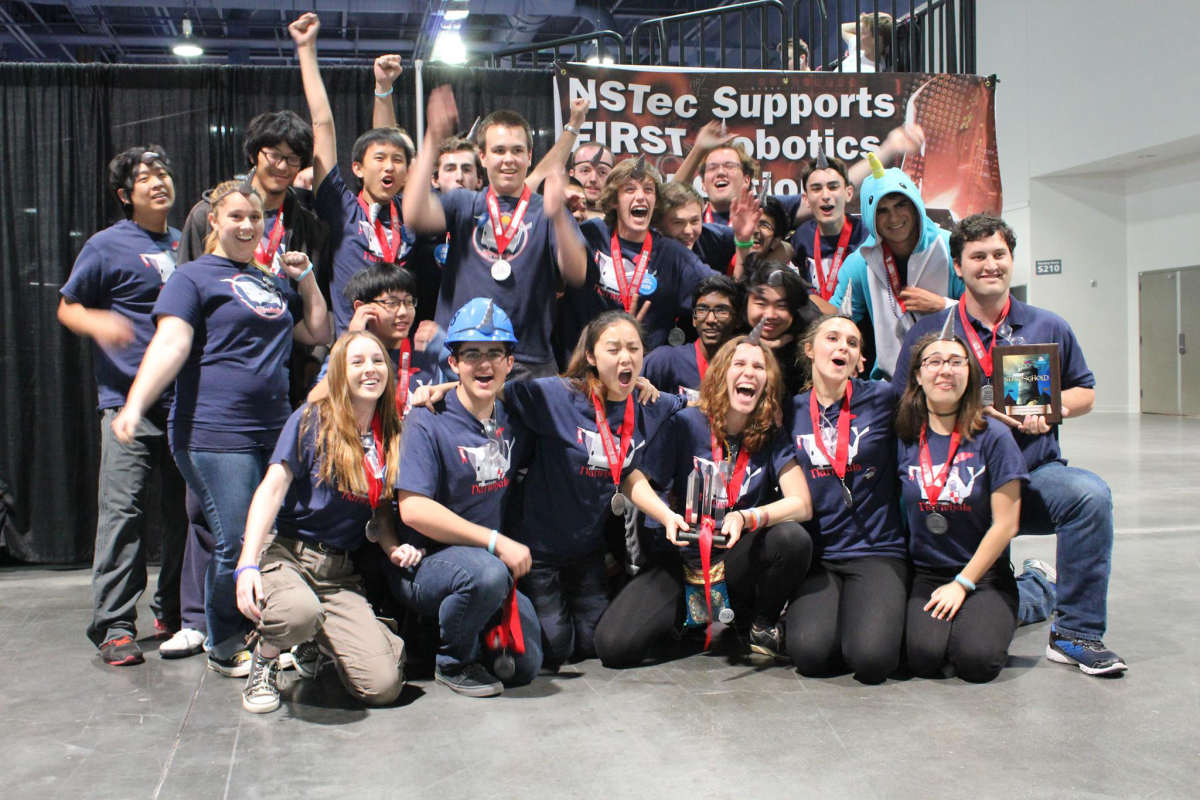 Our hard work and drive only grew stronger over the course of our team’s history. With the culmination of enthusiastic mentors’ support, skilled drive, mechanical, strategy, electronics, programming, and outreach teams, we began to develop a program that could effectively build upon our past exeperiences and pass down our success to the future generations of narwhals. As we grew, we made sure to keep true to our roots, developing a culture that celebrates all of our members’ and allows for the development of new ideas. Over the Aluminum Narwhals’ first decade, we’ve gone further than we could have ever imagined, making several notable accomplishments, including the Entrepreneurship, Innovation in Controls, Regional Finalist, Championship Subdivision Finalist, multiple Dean’s List Finalist, and Engineering Inspiration awards.